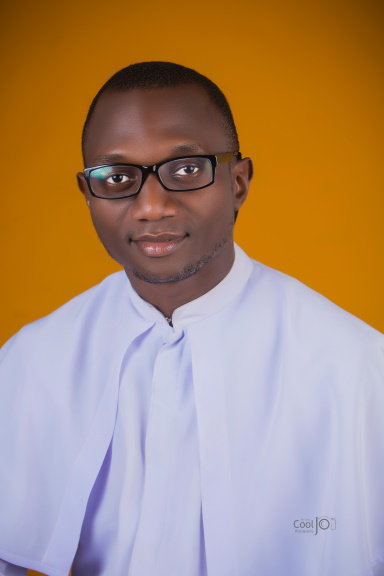 
Fr Ebuka joined us in December 2020 from the diocese of Yola for a period of two years.

The dawn of the 24th of June 1986, was a historic day to the family of Mr and Mrs Ugwu, the gift of a new life, and the birth of a child who was to be set apart for service.

Ebuka began his educational pursuit at FUTY Staff School, thereafter he proceeded to St. Peter's Minor Seminary, Yola; where he had his secondary school education and his corresponding spiritual formation which served as an incubation and a springboard to his desire to being trained as a priest. Young Ebuka, having repeatedly examined his conscience before God and well aware of the life of the priesthood; came to the complete certainty that he was being called to the vineyard of God.

To this effect, Ebuka (after an application) was granted the rare privilege to go to the seminary by those whose competence it was. He therefore proceeded to Bishop T. Cotter memorial seminary, Bare, where he had his Spiritual Year Formation under the auspices of the Catholic Diocese of Yola. Thereafter, he was deemed fit to carry on with his seminary training at St. Augustine’s Major Seminary, Jos. During this period of seven years, Ebuka bagged a Bachelor’s Degree in Philosophy from the Pontifical Urbaniana University, Rome, and a Bachelor’s Degree in Religious Studies from the University of Jos. On the 22nd of December, 2013, Ebuka was raised to the Order of Diaconate by the Church Father, Most Rev. Dr. Stephen Dami Mamza, and ordained priest on the 19th of July, 2014.